By Trent O'SullivanFebruary 19, 2018No Comments 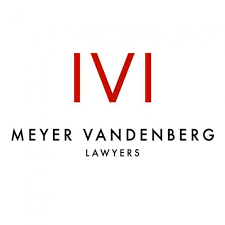 Currently, the amount of a business’s tax debt is confidential and can’t be revealed by the Australian Taxation Office (ATO) to anyone, [1] so this naming-and-shaming measure is serious as it could potentially result in financiers and trade suppliers refusing to deal with a business.

Here’s a run-down of what you need to know.

Why “transparency of tax debts”?

In the 2016-17 Mid-Year Economic and Fiscal Outlook, under the heading of ‘Maintaining the budget position’, the Government said it was:

… enhancing the integrity of the tax system by allowing the Australian Taxation Office (ATO) to disclose to credit reporting bureaus the tax debt information of businesses who have not effectively engaged with the ATO to manage these debts.

The Government’s announcement has now hit print in the form of draft legislation called the Treasury Laws Amendment (Tax Transparency) Bill 2018 that will amend the Taxation Administration Act 1953 (Cth), and an ATO consultation paper called ‘Transparency of Business Tax Debts’.

The ATO says the purpose of reporting tax debts is to:

When will tax debts be reported?

3 criteria must be met before a tax debt can be reported:

If the 3 criteria are met, then before reporting the tax debt the ATO will:

Which credit reporting bureaus will be told about tax debts?

Only those registered with the ATO, where that registration includes the bureau agreeing to the ATO’s reporting terms.  The ATO intends to publish a list of registered bureaus.

When will tax debts be unreported?

If an entity’s tax debt information has been incorrectly reported to or by the credit reporting bureau, the entity will need to take up the issue with the ATO.

When will tax debt reporting start?

The reporting measures are still in draft legislation and submissions about them are due to Treasury by Friday, 9 February 2018.

The measures are intended to be phased in, starting with companies and then over time to include partnerships, trusts and sole traders.

Reporting won’t apply to individuals without an ABN, but it’s worth remembering that individuals may have an ABN for things like rental properties or primary production they run while having a “salary and wages” job at the same time.

Presumably the Government expects the measures will help flush out recalcitrant taxpayers to report and pay the proper amount of tax, or shut down their failing business as quickly as possible to minimise further debts.

The proposed reporting measures, then, are interesting.  On the one hand, the measures permit, but don’t require, the ATO to report tax debt information so if a business owner is proactive in dealing with the ATO about their tax debts, they can avoid being reported.  We expect some business owners will work out the minimum level of dealing with the ATO required to be effectively engaged and stave off reporting

On the other hand, effectively engaging with the ATO as relates to payment plans is at the ATO’s sole discretion.  There’s no existing legislation about when, how and if the ATO will agree to a payment plan, or things like when the ATO will agree to remit interest.  These things fall to ATO administrative practice and procedure, which are ultimately non-binding on the ATO and, frankly, might depend on which ATO officer you deal with.

In short, the draft legislation about the reporting measures covers the theory, but ATO practice notes and guidelines will cover the detail.  This wouldn’t be the first time for matters of tax…

Nonetheless, we think the message for business owners is ‘get your head out of the sand, or a handle on your optimism if you’ve got money trouble in your business because ignoring the ATO isn’t going to make them go away – the Government wants to get paid what it’s owed just like any other person in your business.’

[1] Excluding situations where the ATO is compelled to produce information by, say, a court or tribunal, or if the business enters into external administration (including liquidation) and the appointed insolvency practitioner needs to know the business’s tax position.

This material has been prepared for the general information of clients of Meyer Vandenberg. It is not intended to take the place of professional advice and readers should not take action on specific issues in reliance upon any matter or information contained in it. © Meyer Vandenberg 2018