Cladding crisis: why government needs to intervene to fix the building industry

The Victorian government this week announced a raft of major reforms to tackle the crisis in Australia’s building industry arising from the use of combustible cladding. The cladding has been linked to a series of building fires in Australia and overseas, most tragically the Grenfell Tower fire in the United Kingdom, which killed 72 people.

The measures announced include a new agency, Cladding Safety Victoria, to oversee the removal of dangerous cladding from residential apartment buildings, and Victorian government funding of $600 million to fund rectification works to remove the cladding.

Government intervention to oversee and fund the rectification of buildings with high-risk cladding was a key recommendation of the Victorian Cladding Taskforce Reportreleased today, which I chaired with former Victorian premier Ted Baillieu.

Each of these buildings has then been assessed by an expert panel to assign a risk rating to them. Seventy-two of the buildings were found to be in the extreme risk category, and a further 409 in the high-risk category. All extreme risk buildings have been required to undertake works under emergency orders made under the Victorian Building Act 1993 to make them safe to inhabit.

Now that a significant number of buildings with dangerous cladding have been identified and assessed, the next step is to ensure that the buildings can be rectified by removal of the cladding. However, it’s clear that there are a number of challenges to achieving rectification:

As a result of these challenges, we concluded that further intervention by government was needed to bring about the prompt and consistent rectification of private residential buildings. Without this intervention, there’s likely to be long delays, raising the risk of catastrophic incidents involving deaths or injuries in a cladding fire. A failure to act would also risk exacerbating the emotional and financial stress on apartment owners who are faced with the challenges of procuring technically complex building works and finding funds to pay for the rectification.

There are a number of other serious risks if government does not intervene to ensure timely cladding rectification:

Litigation involving claims by owners’ corporations and owners against builders with cross litigation against other building practitioners (building surveyors, fire engineers and architects) may result in significant delays to rectification and considerable costs for all involved.

Threat to the construction industry

The construction industry is vital to Australia’s economy. However, the cladding crisis and the threats to withdraw insurance are severely undermining trust in the industry. Building activity around the country may be threatened unless the cladding and insurance issues are addressed.

While government needs to intervene to support rectification, wrongdoers in the building industry should not be let off the hook. Members of the public who purchased residential buildings expected that they would be safe and comply with relevant building regulations.

However, in many cases builders and building practitioners have failed to take proper account of safety and the requirements of the building regulations. We have recommended that the Victorian government should seek to offset the cost of the rectification program from wrongdoers. Given the challenges that owners face in mounting litigation, we recommended that owners be required to transfer their legal recovery rights to the state, as a condition of receiving rectification funding. Government should investigate a range of legal options for recovery, including class actions.

There are good reasons for the Commonwealth government to contribute to the costs of rectification. The construction industry is national, and builders and building practitioners operate across state borders. The Commonwealth plays an important role in the system of building safety in Australia through the Australian Building Codes Board, building product certification and through its border controls.

The building cladding crisis is affecting all states, but state governments are taking different approaches to identifying and rectifying affected buildings. Despite the fact that the safety risks are well known, rectification has been slow around the country. It’s likely that all states and the Commonwealth will now need to consider a greater level of government intervention to provide funding and coordinate rectification works. The public would expect that everything possible would be done to avoid catastrophic events such as the Grenfell Tower fire in the UK. 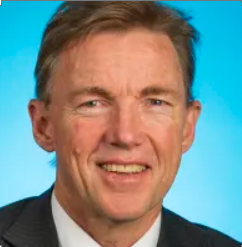 John is a Professorial Fellow at Monash University He’s a consultant at legal firm Maddocks, providing advice on climate change, water, sustainability and corporate social responsibility. He’s co-chair of the Leadership Council of the global Sustainable Development Solutions Network (SDSN), chairs the Australian Building Codes Board and the Peter Cullen Water and Environment Trust, and is a director of the Australian Green Building Council. He was previously chair of the National Sustainability Council. John was deputy premier of Victoria from 1999 until his retirement in 2007. During this period he was Minister for Health, Minister for Planning, Minister for Environment, Minister for Water, Minister for Victorian Communities and Victoria’s first Minister for Climate Change.