By Trent O'SullivanSeptember 2, 2019No Comments 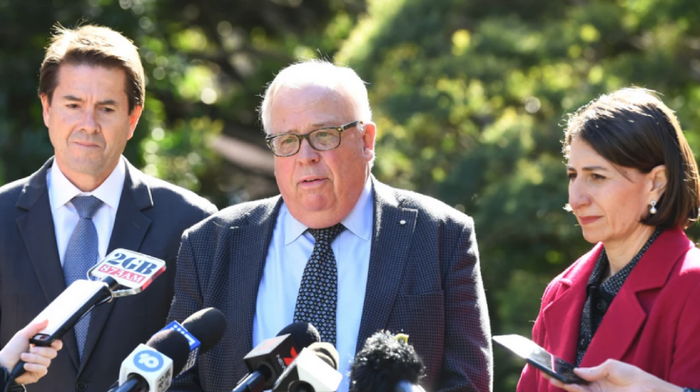 Ms Berejiklian justified her choice of buildings commissioner in saying that Mr Chandler was the optimal candidate to drive critical reforms across the NSW construction industry.

“David has more than 40 years’ industry experience, which will be invaluable as we move to restore confidence in the building and construction industry,” – NSW Premier Gladys Berejiklian

The new buildings commissioner’s responsibilities include carrying out investigative and disciplinary action against misconducts carried out within the building industry; in addition to, overseeing licensing and auditing processes are completed in accordance with industry standards. The commissioner is also expected to drive legislative reforms over consultation across New South Wales building industry. This includes the upcoming legislation that is scheduled to be introduced to the NSW parliament later this year. Under these new legislative reforms, building practitioners will now be required to be registered, a duty of care will be established to provide homeowners ease of access when seeking compensation against negligent builders, and a greater degree of scrutiny will be undertaken to ensure that all buildings are designed and constructed in compliance with the National Building’s Code.

Mr Chandler has accepted these responsibilities with open arms; however, he has clarified that he does not believe the industry is in dire need of a mass legislative overhaul. Instead, Mr Chandler stressed the importance of carrying out adequate exposure exercises for many of the construction industry’s existing compliance regimes.

“Recent events have reduced community confidence in how buildings are designed and constructed and how they perform, but I welcome the leadership and commitment being shown by the Government to implement change that will strengthen the construction industry foundations in NSW… I don’t think we need a lot of legislation. Perhaps the most important piece to me will be the right of entry and the right to call up documents,” – New NSW Buildings Commissioner David Chandler

Better regulations Minister Kevin Anderson voiced his support for the newly appointed NSW Buildings commissioner, backing Mr Chandler as a standout candidate from the 22 applicant pool equipped with a sufficient breadth of construction experience needed to put the industry back on track.

Industry experts Engineers Australia have welcomed the appointment but reiterated their urgent call for immediate action to restore confidence in the building and construction sector. CEO of Engineers Australia Peter McIntyre has urged the new commissioner to follow the recommendations outlined in the landmark 2018 report drafted by former senior public servant Peter Shergold and lawyer Bronwyn Weir.

“NSW Building Commissioner is an important role and we hope that Chandler will be given the support and resources he needs to implement the recommendations from the Shergold-Weir report, including the compulsory registration of engineers,” – CEO of Engineers Australia Peter McIntyre.

Mr Chandler’s credentials include Adjunct Professor at Western Sydney University, construction director of Parliament House in Canberra during the 1980s. Order of Australia medal winner for his services to the industry in 1989. Chandler’s official start in the position will take place on the 14th of August 2019.

Interested in Australia’s building reforms? Check out the non-conformance and defects summit taking place on the building management stage during the Sydney Build Expo 2020.