By Trent O'SullivanSeptember 10, 2019No Comments 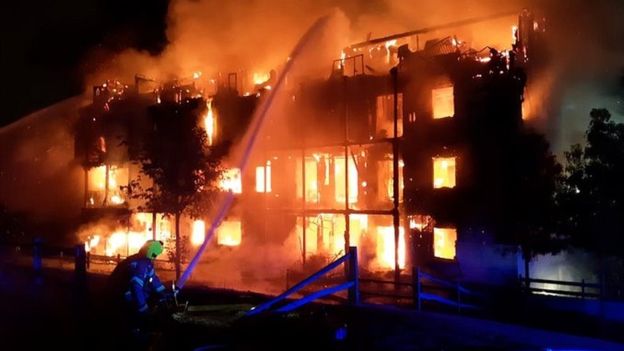 A number of families have lost their homes in a huge fire that destroyed a block of flats in south-west London.

Flames quickly spread to all four floors of the building in Sherbrooke Way, Worcester Park, after fire crews were called just before 01:30 BST. The blaze, which took five hours to get under control, was tackled by 125 firefighters and 20 fire engines.

No injuries were reported but London Fire Brigade (LFB) said crews would remain there throughout the day. 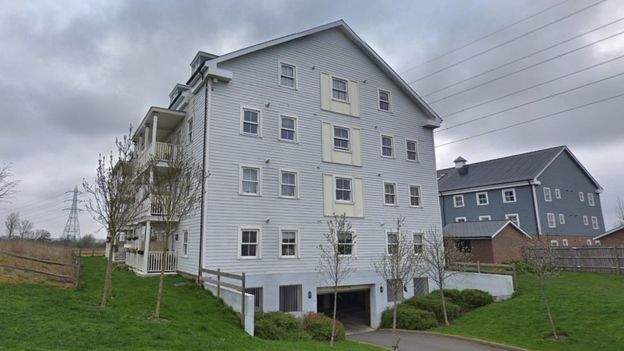 Dean Fowler, who lives with his family on the top floor of the building, said he was woken in the night by someone banging on his door.

“I then heard someone screaming ‘there’s a fire, get out’, and I just got my boys and went,” he said.

He said he had only been living in the building for three weeks and had lost “everything” in the blaze, but added: “We’re alive, we’re breathing, that’s all that matters.” 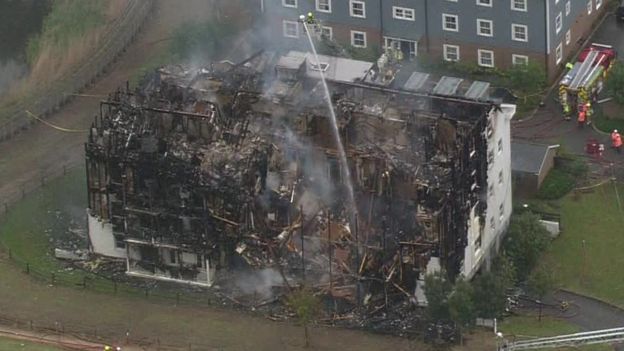