The ACT government was warned about fire safety risks potentially affecting a “significant” number of territory buildings almost two years before the issue flared-up at a Forrest apartment complex. 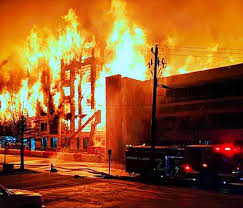 Peak industry body Engineers Australia wrote to government planning officials in February 2016 to express concerns about building regulations in the territory, and the specific use of steel beams and columns with inadequate fire ratings.

Although the letter from Engineers Australia did not single out particular buildings, it said a number of residential units could be affected as well as aged care facilities.

“This raises serious concerns about the level of risk posed to residents of units and aged care facilities, in the event a fire occurs,” the letter read.

Engineers Australia said the fire safety issue stemmed from the use of cement-filled steel columns over the past 10 to 15 years.

“A significant proportion of units and other building developments in the ACT have been constructed using very small – 100mm or less – cement-filled steel columns and small – 150mm or 200mm – steel beams, purporting to be suitably fire rated,” they wrote.

“However, in many instances we have seen no evidence to support the rating for a particular project.”

Engineers Australia ACT general manager Keely Quinn said engineers had a number of concerns about the regulation of the building industry in the ACT.

“A lot of structural problems take 10 to 15 years to reveal themselves,” she added.

“In 10 years will we have a long row of medium and high-density housing with safety issues? The ACT government needs to make sure everything is compliant and safe.”

An ACT engineer, who asked not to be named, said the fire-rating issues could potentially be a bigger problem than concerns about flammable aluminium cladding raised in the wake of the Grenfell Tower disaster.

“In my view it’s a bigger problem than flammable cladding and potentially much more dangerous,” the engineer said.