By Trent O'SullivanAugust 20, 2019No Comments 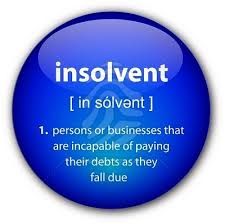 Who should read this eBrief:

Proposed changes to Commonwealth legislation could have a significant impact on the potential for transferring assets out of one company into a new company to avoid paying liabilities. If enacted, the changes will give liquidators, ASIC, and the ATO new powers to prosecute culpable directors and associated persons. This change is the third tranche of corporate insolvency reform committed to by the Commonwealth government.  To read about the first two tranches, visit our recent eBriefs:

What is illegal phoenixing?

The annual direct cost of illegal phoenixing activity to businesses, employees, and the government was estimated to be between $2.85 – $5.13 billion in 2015-16. [1]

Yes. ASIC already has broad powers to prosecute company officers and employees who engage in illegal phoenixing activity under the current corporations law.  A breach of the current law can attract civil penalties and an order to compensate the company for damage suffered by the company (in certain circumstances).  Submissions have been made to the Senate Economics Legislation Committee which says there is no need for new legislation, but instead, the focus should be on enforcing the existing laws.  [2]

However, Treasury says the new laws proposed in the Treasury Laws Amendment (Combatting Illegal Phoenixing) Bill 2019, re-presented to Parliament on 4 July 2019, [3] will give regulators additional enforcement and regulatory tools to detect and disrupt illegal phoenixing and then to prosecute and penalise those who engage in or facilitate it.  [4]

The Bill is targeted at ‘creditor-defeating dispositions’ of company assets only.  It does not propose to restrict legitimate corporate restructuring activities.

What is the difference between illegal phoenixing and legitimate corporate restructuring?

The reforms are only concerned with transfers of company assets that have both of the above characteristics.

What change does this reform propose to make?

The reforms create a new class of voidable transactions (which will allow liquidators to obtain compensation and other relief from ASIC or the Court) in circumstances where a creditor-defeating disposition of company property has occurred:

Dispositions of company property will not be voidable when made:

The reforms propose to impose a duty on directors and company officers not to engage in conduct that results in the company making a creditor-defeating disposition of company property if:

The duty does not apply where the disposition of company property was made:

Where a director or company officer intentionally or recklessly makes the creditor-defeating disposition, the breach of the duty is a criminal offence. Where the conduct is not reckless but is just negligent, [5] civil penalties apply.

Accessories will be liable

Persons who were not directors/officers but who procured, incited, induced, or encouraged a creditor-defeating disposition, could also be liable, with civil penalties applying.

The changes will allow the ATO to collect estimates of GST liabilities and make directors personally liable for their company’s GST liabilities (in certain circumstances).

What will the consequences be?

If the Bill becomes law, a person or company who breaches the illegal phoenixing provisions could be liable for the following civil and criminal penalties:

For an individual, either or both of:

For a company, a fine, being the greater of:

In addition, liquidators can obtain orders from ASIC and/or the Court requiring the transfer of the asset back to the company and/or the payment of compensation by the offending individual or company for damage suffered by the company.

What should you do?

Company directors, and company advisors (including lawyers, accountants, or pre-insolvency advisors), will need to be aware of the proposed changes and their impact.

Advisors could now be accountable alongside their clients as accessories to a creditor-defeating disposition and face fines and prosecution should they be found to have given the wrong advice.

Positive steps will need to be taken by company directors and company advisers in order to ensure those parties maintain compliance with the corporations law and avoid penalty.

Now is the best time for company directors to ensure their company’s GST tax obligations are up to date, and if contemplating a company restructure or a change in office, to seek proper advice from a lawyer, accountant or pre-insolvency advisor.

MVironment: Do you really need to print it? This material has been prepared for the general information of clients of Meyer Vandenberg. It is not intended to take the place of professional advice and readers should not take action on specific issues in reliance upon any matter or information contained in it. © Meyer Vandenberg 2019

Privacy Matters:  Meyer Vandenberg produces publications across a range of expertise areas. You can review or change your subscriptions by clicking the link at the end of the e-Brief.  We are interested in your feedback on the format and delivery of our publications. Please email us at MV.Marketing@mvlawyers.com.au.  If you would like to unsubscribe from our e-Briefs or other communications, please click MV.Marketing@mvlawyers.com.au with the message “unsubscribe from all e-mail lists”.  Or contact the Privacy Officer at Meyer Vandenberg Lawyers, Level 2, 121 Marcus Clarke Street, Canberra ACT 2601, or on (02) 6279 4491.